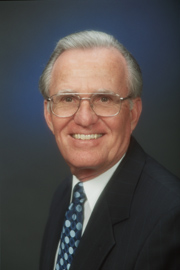 Douglas J. Reinhart was appointed to the Irvine Ranch Water District Board of Directors in 2004 to fill a vacancy and was subsequently elected to four-year terms in 2006, 2010, 2014 and 2018.

Reinhart is a licensed civil engineer with more than 30 years of experience in the private sector, directing projects in water, wastewater and other infrastructure. Reinhart was president and part-owner of ASL Consulting Engineers before its acquisition by Tetra Tech in 1999. He served as the divisional executive vice president for Tetra Tech for the Western United States before starting an independent consulting business in 2004.

Reinhart is familiar with special district functions, having served as a director on the board of El Toro Water District from 1998 to 2000. During that time, he served as vice president of the board and was the special district representative to the Local Agency Formation Commission of Orange County.

He holds a bachelor’s degree in civil engineering from the Missouri School of Mines and Metallurgy (now Missouri University of Science and Technology), and he is a licensed civil engineer in both California and Arizona.