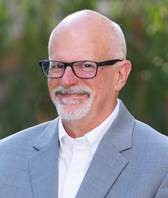 Professor Coulson received his BS in Economics from the University of California, Riverside, and his PhD from UC San Diego where he studied under the direction of Nobel Laureate Robert Engle. He has been a visiting scholar at the Federal Reserve Banks of Philadelphia and New York, the University of Auckland, and elsewhere, and is published widely in real estate, urban economics, housing economics and related fields. Most recently, he has made research contributions in the areas of the impact of sports franchises on economic development, the hybrid investment characteristics of REITs, and the development of a repeat-rent index that corrects previous biases in the estimation of investment returns.

In 2009 he was named a Fellow of the Weimer School for Advanced Real Estate Studies. From 2006 through 2014 Ed was co-editor of Real Estate Economics, the journal of the American Real Estate and Urban Economics Association (AREUEA), and is a member of the editorial boards of other leading journals in the field.  In January 2015 he became co-editor of Journal of Regional Science. He was recently elected by the membership of AREUEA to serve as the organization’s president for 2016.